Frank was instructed to join me outside the store, just to take a look. By getting him there I had pretty much blocked all his escape routes. In front of him was the store entrance, behind him the group of teenagers, to his left a wall and to his right - yours truly. We then had a little chat.

Jørgen: Frank, in a little while you are going to walk into that store.

Frank: NO! NO! NO! I am ill, I can’t do that! I could break down! I don’t think you realize how big a problem this is for me!

Jørgen: Frank, I am going to count from one to three. On three, you are going to run into that store … or … I am going to tell everyone here that you are a homosexual and that you have a big erection.

Frank looked at me and when our eyes met he could see that I was dead serious.

Jørgen: ONE ... TWO ... THREE … Ladies and Gentlemen! I have an announcement to make … my friend here is a homosexual.

As Frank ran into the store as far away from those teenagers he could, I told him that he had to decide where to pass out. He had earlier claimed that he would pass out if he entered a big store. So, I had to ensure that he passed out safely. I quickly started to suggest all the different places where he could pass out. Quite predictably he rejected them all.

In the office he had showed me his mismatching, even verbally telling me that he couldn’t just voluntarily feel things. Not only did he reject all the suggested places where he could pass out, he rejected passing out all together. It was amusing, the more he was told to pass out, the calmer he got.

When Frank reached a state of confusion, a great learning state, I started utilizing his fear in a slightly different way. I started walking up to strangers in the store and introduced myself as a psychiatric patient. Bringing up the best state of anxiety and awkwardness possible. I asked these people if they looked down on me for being a psychiatric patient, and if they would help me if I passed out. They all responded very favorably and before long there was a support team ready to help this poor psychiatric patient in any way required.

The next step was to blame Frank for my misery. The support team was told that even though I wasn’t ready, my psychiatrist had forced me in here (pointing towards Frank) telling me that I had to show responsibility for my life and expand my comfort zone. The group turned on Frank a bit and he asserted himself quite well. Again, given the choice between being a nut case and a psychiatrist, he would choose the more prestigious position. You might have been surprised if you had seen how well Frank played the role of the psychiatrist. One woman even started asking him for advice. Following a long and meaningful conversation with a couple of the members of the support group, Frank and I left to go to a mall and several other stores. Frank passed the tests with flying colors.

I was confident that I had set up that knockout punch well enough. I asked him what he thought would be the appropriate punishment to administer to myself, considering the fact that I had just made a fool of myself in public. However, Frank evaded that one by claiming that I was a professional and obviously accustomed to stuff like this. This response clearly demonstrated that we were not done.

Realizing that I had to set up that big left hook a bit differently, I asked him how he would feel if he went up to someone in a store shaking, stuttering and drooling.

He very congruently told me that he couldn’t handle that.

Back to the store we went, but this time I made an even bigger ass out of myself than previously, stuttering, visibly drooling and shaking while approaching all sorts of people. This time Frank cracked up laughing almost hysterically. He seemed to really enjoy my misery, and who could blame him considering what he had been through. We went back into the car and Frank was asked again how he thought I should punish myself for having a breakdown in public.

Frank tried to tell me that I didn’t need to feel bad. I responded by going into a state of indignation shouting out: “FRANK, YOU FUCKING HYPOCRITE! Here I took you seriously when you stated that everyone has equal value (firing off his gesturing anchor as I say this). I can only conclude that you’re a FUCKING hypocrite after all! If I make a fool out of myself in public, then it’s OK. But you, ALL IMPORTANT FRANK, if you do it, it’s so terrible cause you’re so damn important.” Now he gave me the response I had been looking for. His state shifted and his face shifted color. He got it.

One of the best ways to work with these cold left brainer’s is to give them a real world experience that shows them that their symptom behavior is a threat to their identity. Frank got to a point at which he couldn’t continue doing his problem without ruining his identity as a compassionate guy who believed that everyone had equal value.

The final session was also done live, this time at a local cafeteria. A student/client of mine had been assigned to meet us there to play a specific role. My student was told to match and mirror Frank with the intent of establishing excellent rapport. He was also told to be just a bit more outgoing than Frank, acting as if he had the same type of problems. Actually, he didn’t have to act that much, my student was pretty uptight as well.

My job was to be a total asshole, especially towards Frank. Understand that Frank was passive aggressive and needed something or someone to resist. What we did here was to use the Contrast Principle, or Bad Cop God Cop if you will. Police officers will often do this during an interrogation. One cop will be an asshole claiming that they have all the evidence they need, trying to scare the suspect into confessing. Sometimes the cop will be close to abusing the suspect. After a while, the other cop will jump in and “save” the suspect, backing him up a bit. Cop number two will use “we language” saying things like, my partner is right, but if you come clean we will get you X deal. Cop number two isn’t really that nice or generous, but contrasted with his partner’s behavior he will come across as a saint.

The same principle applies if you take a hot bath. When you first slide into the hot water, you can really feel the warmth. After a little you have gotten used to the temperature, but if you have to get out of the water for a couple of minutes and then re-enter, you will feel the warmth again.

That was the response that I had been looking for and a major breakthrough for my client. Frank really loosened up and at the end he told my student out loud that the solution to my student’s rigidity was that he needed to get laid. Heads started turning in the cafeteria and Frank handled it like a champ. In closing I should tell you that between the second and third session Frank had already been to several stores and public places without yours truly to assist him. 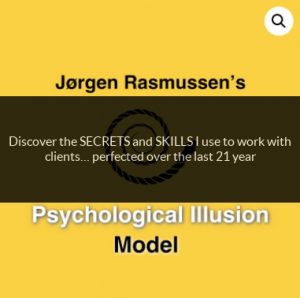